Through Mitchell & Cunningham, P.C. you gain access to over 70 combined years of experience in bankruptcy practices and procedures. Experience matters when dealing with the complexities of your situation. 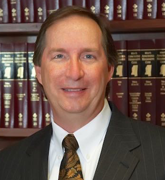 William Cunningham graduated from Western Kentucky in 1981 with a degree in Business and pursued law when he studied at Mississippi College School of Law in 1987. He also studied at and graduated from Max Gardner’s Boot Camp.

William is also a Member of Lowndes County Bar, the Mississippi Trial Lawyers Association, and the National Association of Bankruptcy Attorneys. He is admitted to practice in all state and federal courts in Mississippi. 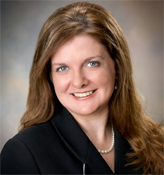 She has worked in various aspects of law and now focuses her attention on helping individuals with their financial issues and providing other legal services that will enhance the quality of life for her clients.

Plan Your Financial Future with an Experienced Debt Relief Attorney. The bankruptcy process can actually be highly beneficial to individuals, families, and business owners who have fallen on hard times.

Under a Chapter 7 or Chapter 13 bankruptcy, your unsecured debts may be discharged, providing relief from the overwhelming debt that has plagued you for far too long.